The Populaire du Center is organizing, in collaboration with the Chamber of Commerce and Industry of Haute-Vienne and the Banque Populaire Aquitaine Center Atlantique and in partnership with Limoges Métropole, Medef and Engie, the fourth edition of the Trophées des entreprises de la Haute-Vienne, which will take place Monday, December 6, 2021 at the Zénith in Limoges Métropole.

Fifteen were selected. A single trophy will be awarded in five categories: “they shine”, “they innovate”, “they succeed”, “they engage” and “they launch themselves”. This week we present the three companies named in the category “they shine”. Companies that have been able to develop beyond the department. They are Fiertile (Limoges), France Paratonnerres (Limoges) and La Chapelle Saint Martin (Nieul).

1- France Paratonnerres protects you against lightning

The Eiffel Tower, the Millau Viaduct, the Opéra Garnier, but also the Forbidden City in Beijing, the Shanghai telescope or the Ariane rocket launch pad…. are France Paratonnerres protected sites. This company, now based in Limoges, has been designing, producing and marketing lightning protection products for more than forty years.

Receive our eco newsletter by email and find the latest news from economic players in your region.

Its patented flagship product is the lightning rod with starting device. It is distributed in more than 70 countries by partners who are chosen for their reputation as professionals. 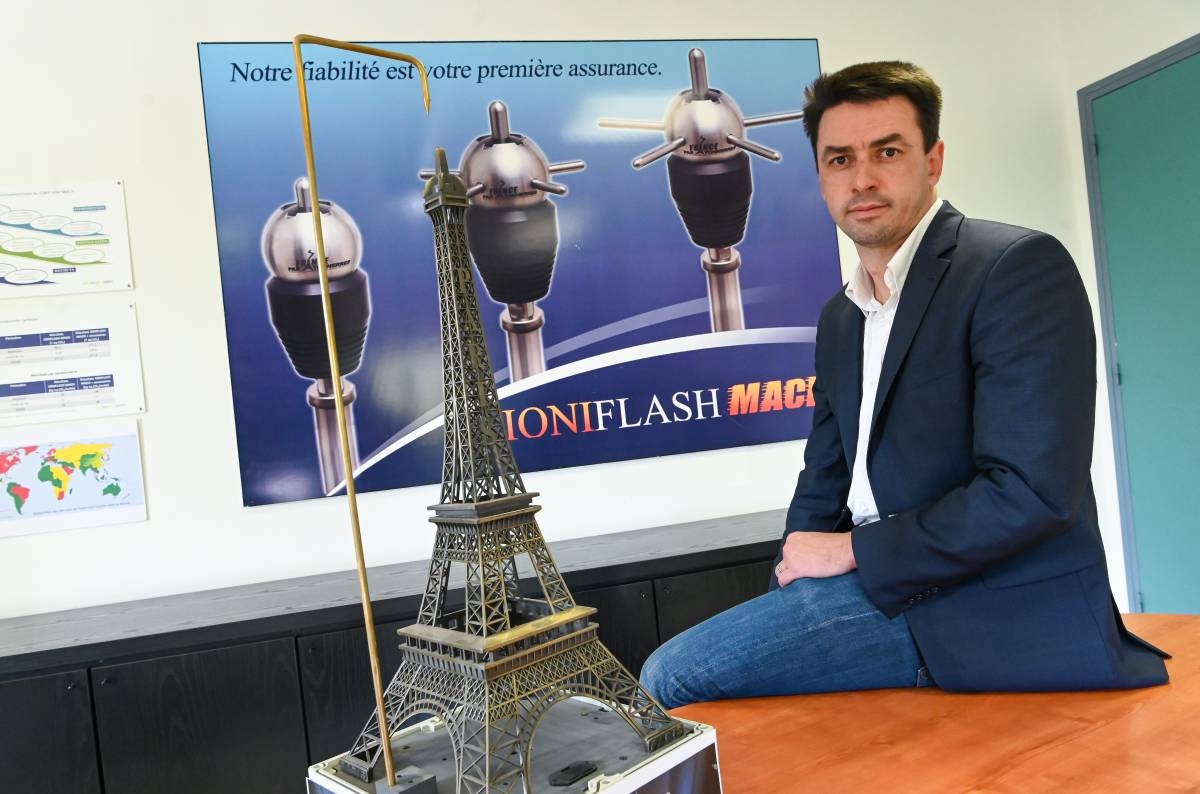 “The lightning rods with priming devices or PDA,“ modern ”technology, differ from the traditional lightning rods resulting from the technology of Franklin explains Paul Chatain, export assistant. They have a wider protection radius, while requiring fewer resources, especially in conductive materials, which makes them a product of the future due to the scarcity of materials. «

“Despite these normative constraints, the technology has proven itself and is increasingly in demand and distributed around the world,” confides Paul Chatain. The development of the company continues, particularly in export, which today represents two-thirds of the company’s turnover. «
France Paratonnerres is now a team of ten people. Three recruitments are planned for 2022. The company achieved a turnover of 2 million euros in 2020.

To shine in export, France Paratonnerres relies on quality products, recognized worldwide and guaranteed for ten years, on a policy of continuous improvement placed at the heart of the company’s strategy, on a comprehensive support , studies, installations, maintenances, verifications, lightning risk analyzes, after-sales service … and on a versatile, trilingual team trained in international trade.
France Paratonnerres is also elected to the Presidency of the French Industrial Lightning Sector, within the GIMELEC union. “This recognition is the result of continuous improvement work driven by the desire to create high quality products.

2- The Saint Martin Chapel and its « Extraordinary Garden »

In Nieul, in Haute-Vienne, the Chapelle Saint Martin was once again surprised by its innovations and investments.

Alongside the Relais & Chateaux and the Michelin-starred restaurant, Gilles Dudognon had already set up in 2020, Les Ruches à manger ”, picnic areas in the park of La Chapelle. This year, the Michelin-starred chef had another idea: he created a new bistro on the estate’s former tennis court, Le Jardin Extraordinaire.
The tables are set under a contemporary greenhouse, an Art Deco structure imagined and designed by the stained glass artist, artist, sculptor, plastic artist, Guillaume Durost. Around the tables, a vegetable garden.
The concept ? Cooking by just having to reach out to pick tomatoes, zucchini, rhubarb … All summer long, the “Extraordinary Garden” has offered smoothies, detox cocktails, cold soups, juices … The vegetables from the garden come to marry with refinement with the meat of the local producers with whom Gilles Dudognon works. .
“Simple, natural, surprising cuisine,” he confides. A short circuit cuisine, directly from the ground to the plate ?! « 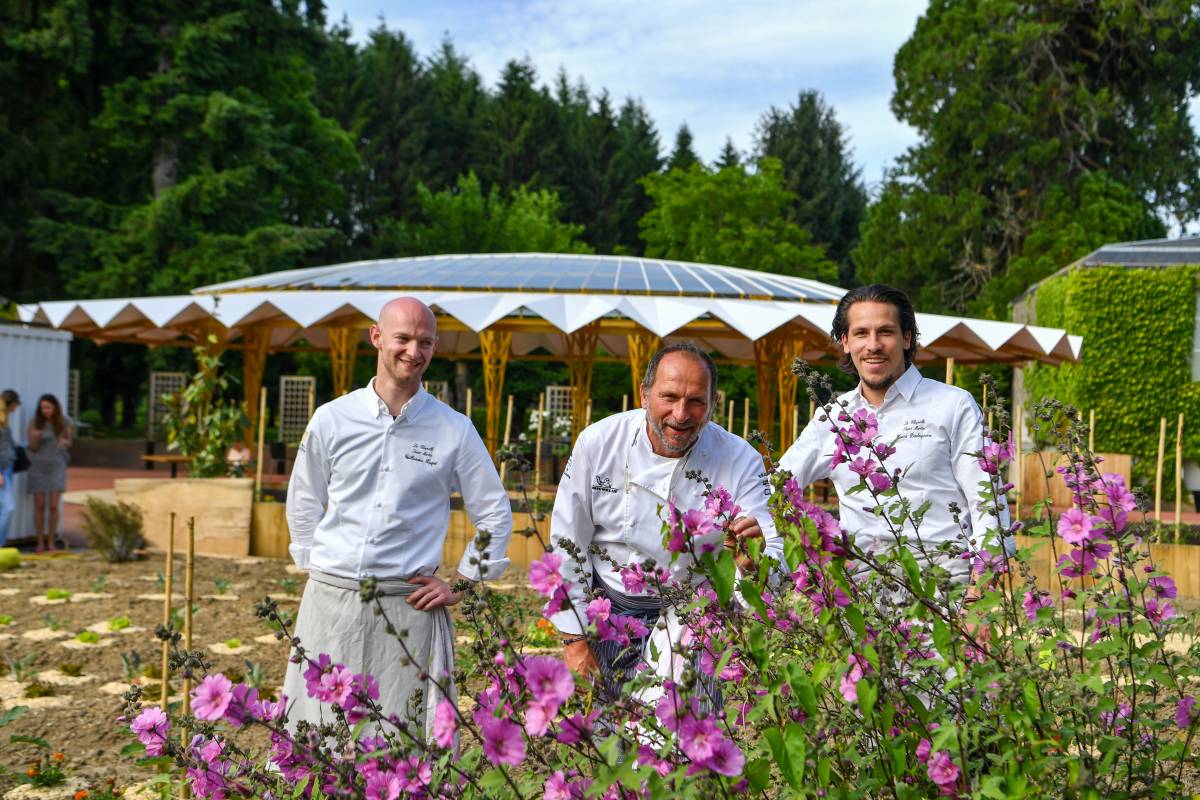 To cook in this exceptional setting, Gilles Dudognon has invested in competition equipment such as this oven for cooking with wood.

Bistro customers have the opportunity to watch the chefs prepare their plates. “Every two days the person in charge of the Extraordinary Garden is one of the four guys from the gourmet restaurant,” explains Gilles Dudognon. A pledge of high quality cuisine but at affordable prices.

» Thanks to this new offer, we want to conquer a clientele from Limoges who has difficulty coming to us. : either because she does not know, or because there is a blockage because of the Relais & Châteaux image, explains Aude Bourliataux director of operations. However, even only 10 kilometers from home, our offer is exotic ”

Fiertile, the « phygital » grocery store that offers the best of Limousin in Paris

Florian Meizaud opened his online store, Fiertile.fr, on March 29, 2021. An online sales site for Limousin products that is not a showcase of high-end products for Parisian bobos. The project is more human, committed, responsible. To begin with, Florian Meizaud relied on the products of five “ambassadors”: Alexeï Delouis, in Gorre and its chestnut purée; Pascal Lhospitalier in Saint-Léger-le-Guérétois and his homemade saffron jams ?; Ludovic Pacaille, artisan chocolatier pastry chef in Limoges ?; Wladimir Ivanoff, beekeeper in Neuvioc-Entier and Aïda Cissé, producer of aromatic and medicinal plants.

This year 2021, thehe online grocery store with Limousin flavors employed a dozen “talent producers” in each department of Limousin. In the longer term, Florian Meizaud would like to seek other “nuggets” in all the departments of the Nouvelle-Aquitaine region.
Florian Meizaud’s commitment to promoting Limousin today goes beyond the online store. The young entrepreneur has also become the ambassador of his region in Paris. 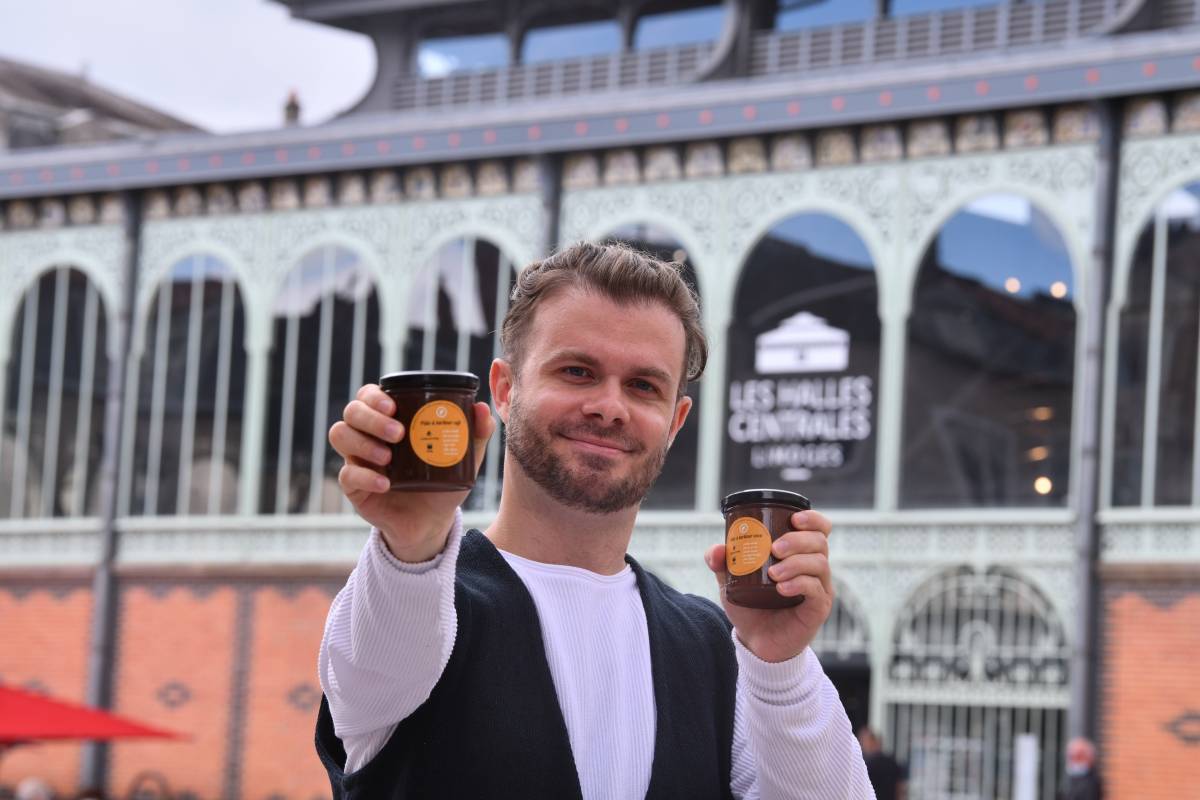 This summer, he financed the acquisition of a utility vehicle, thanks to donors who follow him on social networks and with the support of Limoges Métropole. The slogan “Destination Limoges, dare to experience” spans the two doors on each side of the multicolored car. In his car, Florian Meizaud no longer goes unnoticed in the capital and becomes more than ever the Limoges ambassador in Paris.
Since July 3, the young entrepreneur has also been shopping in Paris. “The online grocery store has become a phygital grocery store,” explains Florian Meizaud. The products that are sold on our site come to the public and they have been very successful.  »

Fiertile will participate in the Made in France fair, Porte de Versailles in Paris, from November 11 to 14. The opportunity to unveil the boxes made in partnership with Carpenet porcelains from Saint-Léonard-de-Noblat which will be offered in limited edition for the end of year celebrations …

How Florian Meizaud sets out to conquer Paris with Limousin products

Bikers express their anger in front of the Hôtel-de-Ville

[ad_1] A new demonstration of angry bikers took place this Sunday, October 24. Paid parking for motorized two-wheelers, Anne Hidalgo's project for 2022, does not pass. In front of the Arc de Triomphe, unpacked (it was packed on September 18, date of the previous...

We use cookies on our website to give you the most relevant experience by remembering your preferences and repeat visits. By clicking “Accept All”, you consent to the use of ALL the cookies. However, you may visit "Cookie Settings" to provide a controlled consent.
reglagleAccepter tout
Manage consent

This website uses cookies to improve your experience while you navigate through the website. Out of these, the cookies that are categorized as necessary are stored on your browser as they are essential for the working of basic functionalities of the website. We also use third-party cookies that help us analyze and understand how you use this website. These cookies will be stored in your browser only with your consent. You also have the option to opt-out of these cookies. But opting out of some of these cookies may affect your browsing experience.
Necessary Toujours activé
Necessary cookies are absolutely essential for the website to function properly. These cookies ensure basic functionalities and security features of the website, anonymously.
Functional
Functional cookies help to perform certain functionalities like sharing the content of the website on social media platforms, collect feedbacks, and other third-party features.
Performance
Performance cookies are used to understand and analyze the key performance indexes of the website which helps in delivering a better user experience for the visitors.
Analytics
Analytical cookies are used to understand how visitors interact with the website. These cookies help provide information on metrics the number of visitors, bounce rate, traffic source, etc.
Advertisement
Advertisement cookies are used to provide visitors with relevant ads and marketing campaigns. These cookies track visitors across websites and collect information to provide customized ads.
Others
Other uncategorized cookies are those that are being analyzed and have not been classified into a category as yet.
Enregistrer & appliquer